We can only guess the astronomical value of Superman’s kryptonite and the vibranium that made Wakanda a secret superpower if they were available in real life. 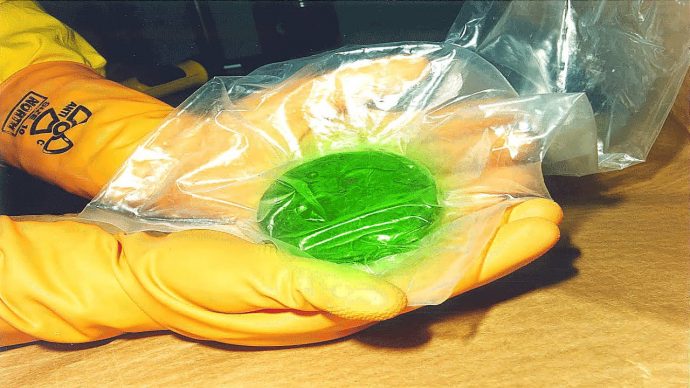 And if you work in construction, you’ll be aware of the expense of the large volumes of materials needed to complete a project— from the galvanised catenary wire on cable cars to the steel girders that hold up skyscrapers.

But there are some substances that are so dear, even the super-rich would struggle to afford a few grams — here are the 10 most expensive materials in the world.

In 1928, physicist Paul Dirac proposed that every particle has a matching antiparticle with the opposite charge and that whole universes might exist created from this antimatter. Scientists aren’t sure why there’s far more matter than antimatter in existence, so the CERN collider generates small amounts for study.

A fullerene is a carbon atom that comes in the form of a hollow tube, ellipsoid or sphere — a Buckminster fullerene looks just like a football. And endohedral fullerenes have extra atoms or ions inside them and have potential use in photonics, biomedicine and molecular electronics.

This radioactive chemical element is created naturally during supernovas — but boffins on earth can manufacture it by smashing alpha particles into curium. At the moment it’s used in cancer treatments and as a neutron source in modern nuclear reactors, but alternative applications will probably emerge.

Forged in intense temperatures and pressures in the earth’s crust, diamonds are the hardest material in the world and one of the most desirable. Diamond jewellery is perpetually popular — but these little gems are also used in the construction industry in blades that slice through concrete, iron and steel.

Cost: up to $100,000 per gram depending on Carat, colour and clarity ratings.

Tritium is a dense type of hydrogen produced in nuclear reactors by irradiating lithium metal.

Applications include it’s use in nuclear weapons and in luminous paint that’s used in everything from gun sights to novelty toys and watch hands.

Taaffeite is named after Richard Taaffe who found the first recorded sample of the rare gem as a cut and polished stone in a Dublin jeweller’s in 1945. It’s the only gem to have been identified from a faceted stone rather than a rough natural variety and the pinkish gem has been set into some of the world’s most desirable engagement rings.

This unusual borosilicate mineral gem was first discovered in metamorphic rocks in Madagascar in 1902. Its translucent blue-green hues and scratch-resistance make it an ideal choice for unique jewellery pieces.

First discovered in modern-day Myanmar in 1950, painite is one of the world’s hardest to find minerals. Its purple crystals are naturally hexagonal and only a few examples have ever been cut into faceted stones.

You won’t find this radioactive material in the shops — plutonium is a by-product of the nuclear decay of uranium and is used in nuclear reactors, satellites and batteries that power deep-space missions like NASA’s Voyager and Curiosity missions.

This silver-coloured metal is tough enough to maintain its structural integrity under attack from most compounds — it’s a popular choice for wedding rings and is usually more expensive than gold.

So there are the 10 most expensive materials in the world — food for thought if you’ve got money to burn.

What’s your favourite expensive material and why? Share your thoughts in the comments section.

Top Most Expensive Cities in Guatemala