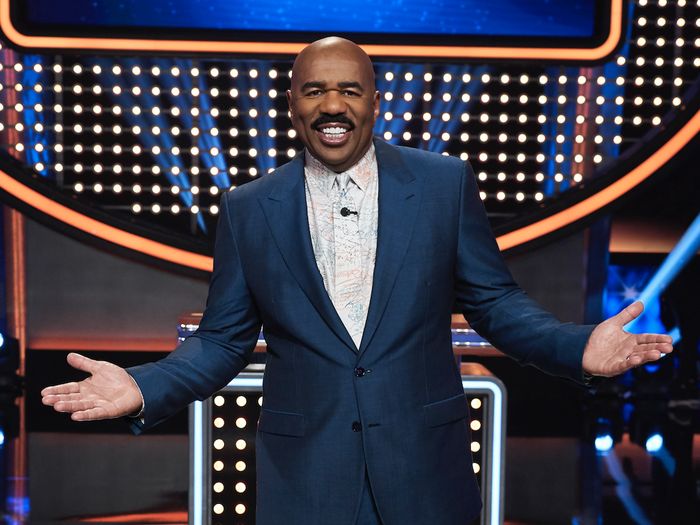 Broderick Stephen “Steve’’ Harvey, was born on 17 January 1957, and he is one of the most popular American television hosts. He is also known as a producer, actor, and comedian. Steve Harvey has a net worth of $280 million. He is actually one very talented man.

Harvey was born in Welch, West Virginia, and is the son of Jesse Harvey and Eloise Vera. He graduated from Glenville High School and he attended Kent State University and West Virginia University.

Steve was famous for hosting The Steve Harvey Morning Show, Family Feud, Celebrity Family Feud, the Miss Universe competition, Family Feud Africa, and the comedy Judge Steve Harvey. At the beginning of his career was a comedian, and he performed stand-up comedy in the early 80s.

He host the Family Feud and Celebrity Family Feud, since 2010. He also has written four books, and one of them is a bestseller, the name of the book is “Act like a Lady, Think like a man”.

In 2017, Harvey founded Steve Harvey Global, which is an entertainment company that houses his production company. When it comes to his personal life, he has been married three times and he has 7 children.

Top 10 Most Expensive Cities in France

How Much is Will Smith Net Worth